With support from the Tractebel Innovation Lab, Arnaud Paquet and Corentin Michel, design engineers at Tractebel in Belgium, have won the Galileo & Copernicus Innovation Challenge organised by the European Commission. The hackathon-style challenge took place during the European Space Week in Helsinki, Finland, from 1-3 December. 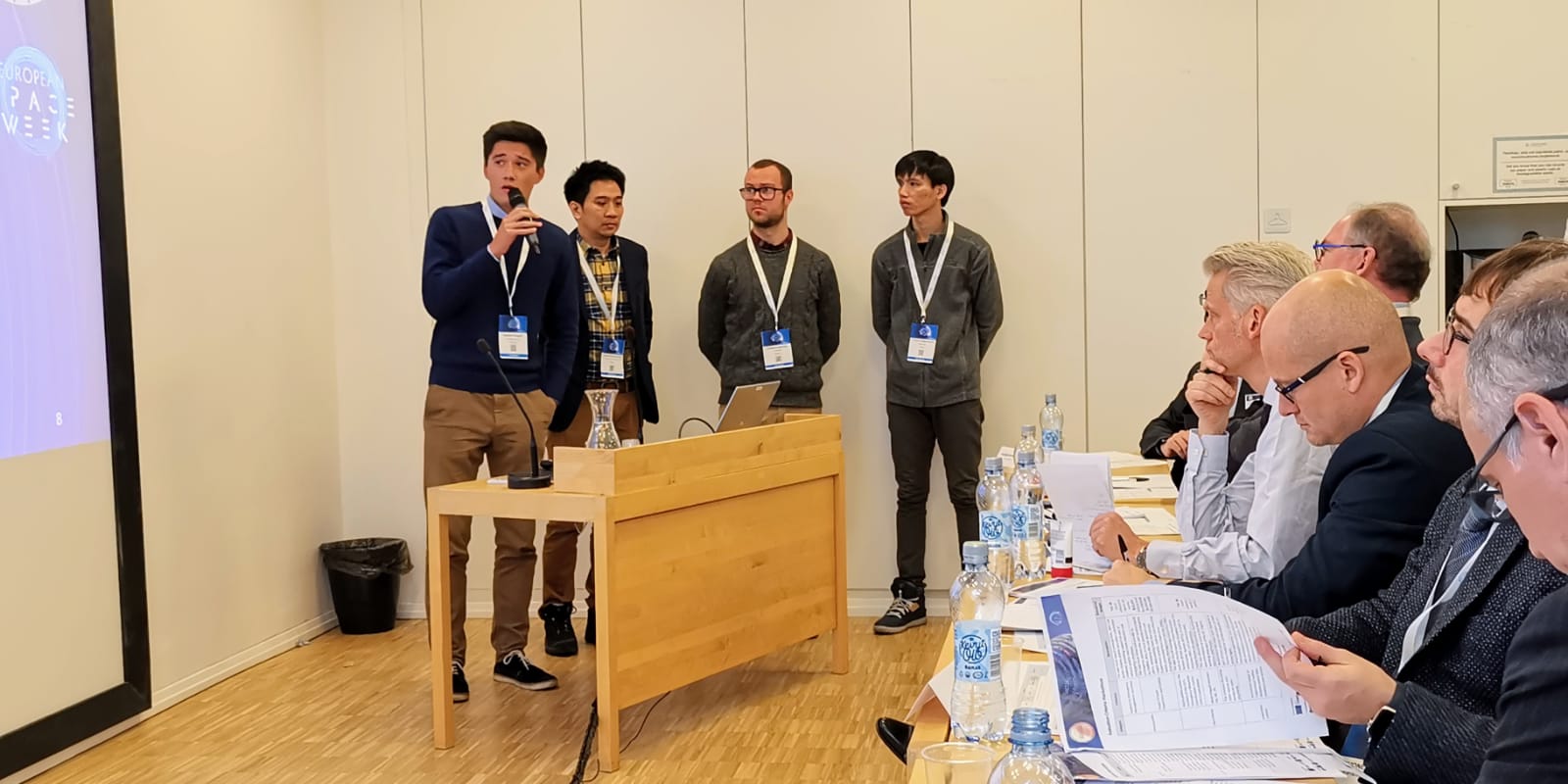 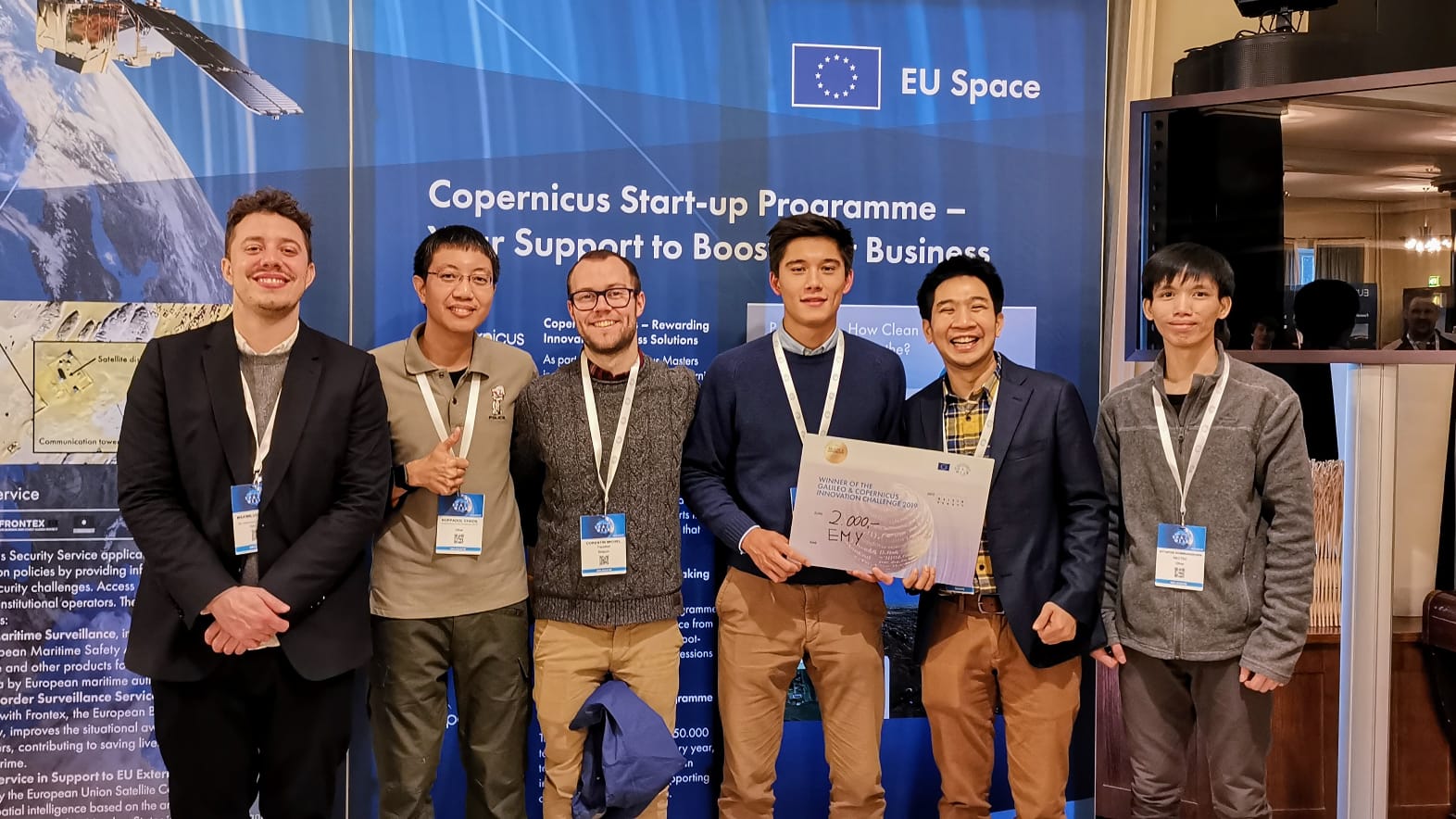 The European Commission’s Directorate General for Humanitarian Aid (DG ECHO) would like to develop a fully European app for emergency situations by making the best use of European satellites, namely Galileo (GNSS – Geolocation) and Copernicus Programme (Earth Observation).

The emergency response app had to be able to:

For the hackathon-style challenge, participants had exactly 48 hours to define the general approach, build the business model and market strategy, and implement a prototype of the emergency app.

The team developed EMY, an intelligent and multilingual Chatbot that can report natural and man-made disasters and guide citizens in case of emergency. Its particularity is that the user don’t need to install a specific app as it is already integrated into messaging apps such as WhatsApp, Facebook Messenger, WeChat, etc. This way, the product has a significantly higher market penetration. The user can interact with the Chatbot by sending messages or pictures to report emergencies, or ask for a list of reported and verified emergencies in a defined area. The user can also be notified by an early warning system and receive help and guidance in case of emergency. For this kind of application, crowdsourcing is necessary in order to share reliable and real-time information. Therefore, any external contribution is checked simultaneously with local authorities, satellite data and social media.

“We believe that EMY can be a real added value for local and national authorities as it aims to build an aware and proactive citizen community in order to implement and maintain a strong safety culture in Europe”, explained Arnaud Paquet, design engineer at Tractebel. 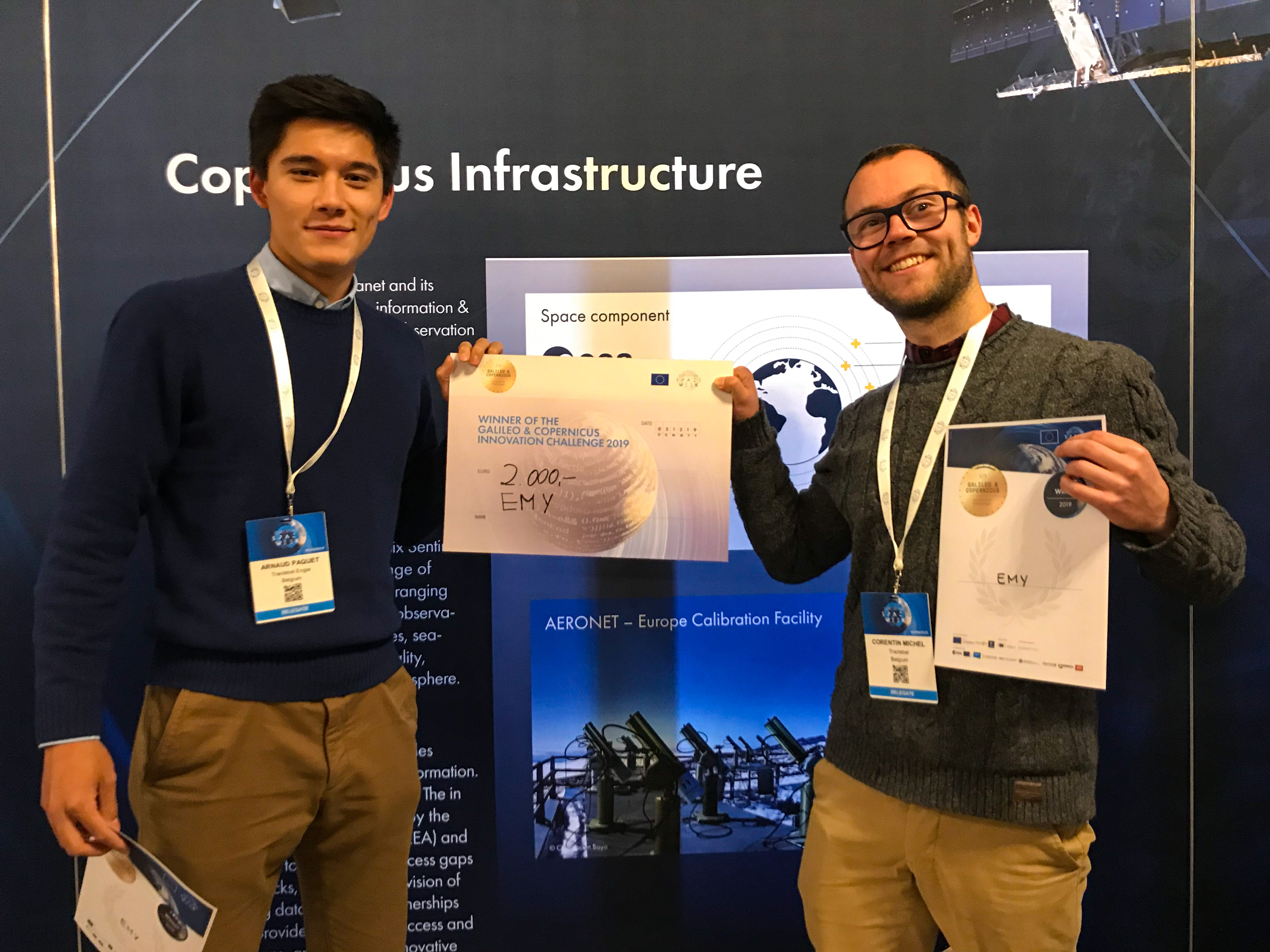 Discover more about our Innovative Solutions

With an expert master plan bringing them up to speed, Flemish Authorities have committed to accelerate the greening of De Lijn bus fleet.

A climate-friendly energy supply presents the world with major challenges. These include future-oriented, integrated solutions for power supply systems. Together with the...

Part of a new Tractebel focus in Latin America; in line with projects that have zero carbon as a guideline, a 15 hectare floating photovoltaic plant is under development on...