“Green hydrogen can be used to curb climate change and meet the challenges of the energy transition,” was the conclusion of the first H2 Forum of Tractebel in Bad Vilbel. On 21 January 2020, around one hundred experts from business, research and science gathered to address one of the most important tasks needing to be solved globally.

“H2 is a key to the energy transition,” stated Dr. Thomas Brandstätt, Chairman of Tractebel Engineering GmbH, in his welcoming address. The diverse ways in which green hydrogen can contribute to environmentally friendly energy supplies, mobility and a sustainable industry, were outlined to the participants in presentations and discussions. The focus of the successful get-together was on exchange of experience.

Felix Knicker from Tractebel Engineering GmbH and Manuel Manzke, Project Manager at Tractebel Overdick GmbH, presented their unique concept for a 400 MW offshore platform for the production of green hydrogen from wind power. ENGIE, the parent company of Tractebel, is also active in this field. Paul Serrat from the Business Unit Hydrogen provided a report on strategies and worldwide projects.

The role that salt caverns can play as large-scale hydrogen storage units was explained by Daniel Mercer from Storengy Deutschland GmbH. The technical possibilities and the benefits of operating gas turbines with H2 were presented by Gabriele Pinzone, Head of Thermal Power Plants at Tractebel Deutschland.

With solutions for the conversion of waste into renewable fuels, Lorena Iglesias Albacete from Tractebel Engineering S.A. offered the participants at the forum a change of perspective. Her presentation fittingly led to the report of experience by Matthias Ohl from WSW Energie & Wasser AG: The city of Wuppertal has started operating two buses running on H2 from the city’s own waste incineration plant.

The opportunities offered by biological methanation for energy storage, reuse of CO2 and the production of renewable fuels were presented by Camilo Lopez from Electrochaea. The openings ahead for electrolysis with renewable energy for the coming gigawatt age were presented by Arnaud de Lhoneux from Hydrogenics Europe.

With information from Berlin from the Handelsblatt conference which was held at the same time, Jeannette Uhlig announced that in about eight weeks’ time the anticipated statement on the federal government’s national hydrogen strategy could send out a strong signal to the market. 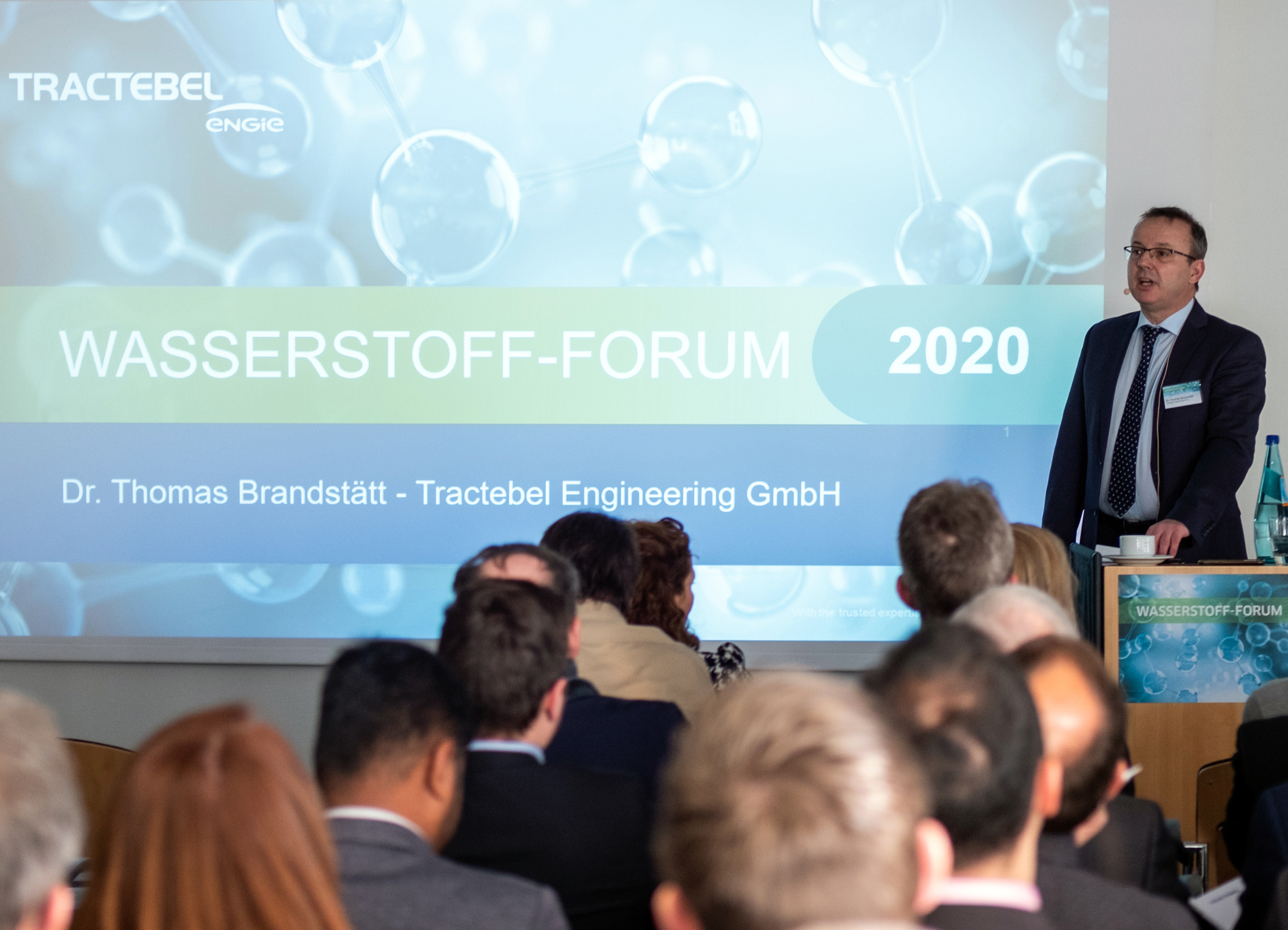 Dr. Thomas Brandstätt welcomed the one hundred or so participants.

The discussion session with (from left to right) Jeannette Uhlig, Daniel Mercer, Dr. Patric Kleineidam and Matthias Ohl examined a number of aspects from the presentations in more detail. Sabine Wulf, Head of Communications & CRS at Tractebel Engineering GmbH, chaired the event.

Pushing agendas, the Montlégia Clinic in Liege, Belgium, with Tractebel help, opened its doors on 21 March, to help meet the Coronavirus challenge.

Find out all there is to know about hydropower!

In a digital world, imposed today during the crisis, a team of Tractebel experts have decided to share their knowledge about hydropower and...