One of Europe’s first large-scale renewable power-to-e-methanol value chains to generate clean energy while supporting a circular economy. Our hydrogen experts completed the site’s functional specifications and are supporting the tendering phase.

HyNetherlands, located at Eemshaven in the Dutch province of Groningen, is slated to play a key role in Europe’s fight against climate change. A portion of the site’s hydrogen will be used to produce e-methanol, a sustainable fossil fuel alternative, by combining renewable hydrogen and biogenic CO₂ derived from the thermal recovery of non-recyclable waste.

Our hydrogen experts supported client ENGIE on this ambitious project by providing services towards optimization of the facility design to satisfy functional requirements at the lowest lifecycle costs and developing the functional specifications for tendering. Next, Tractebel will assist with the tendering process for the engineering, procurement and construction (EPC) phase. Our multidisciplinary experts were initially called upon by ENGIE in 2019 to perform the feasibility study for a 100 MW green hydrogen plant, the first phase of the GW-scale HyNetherlands project. 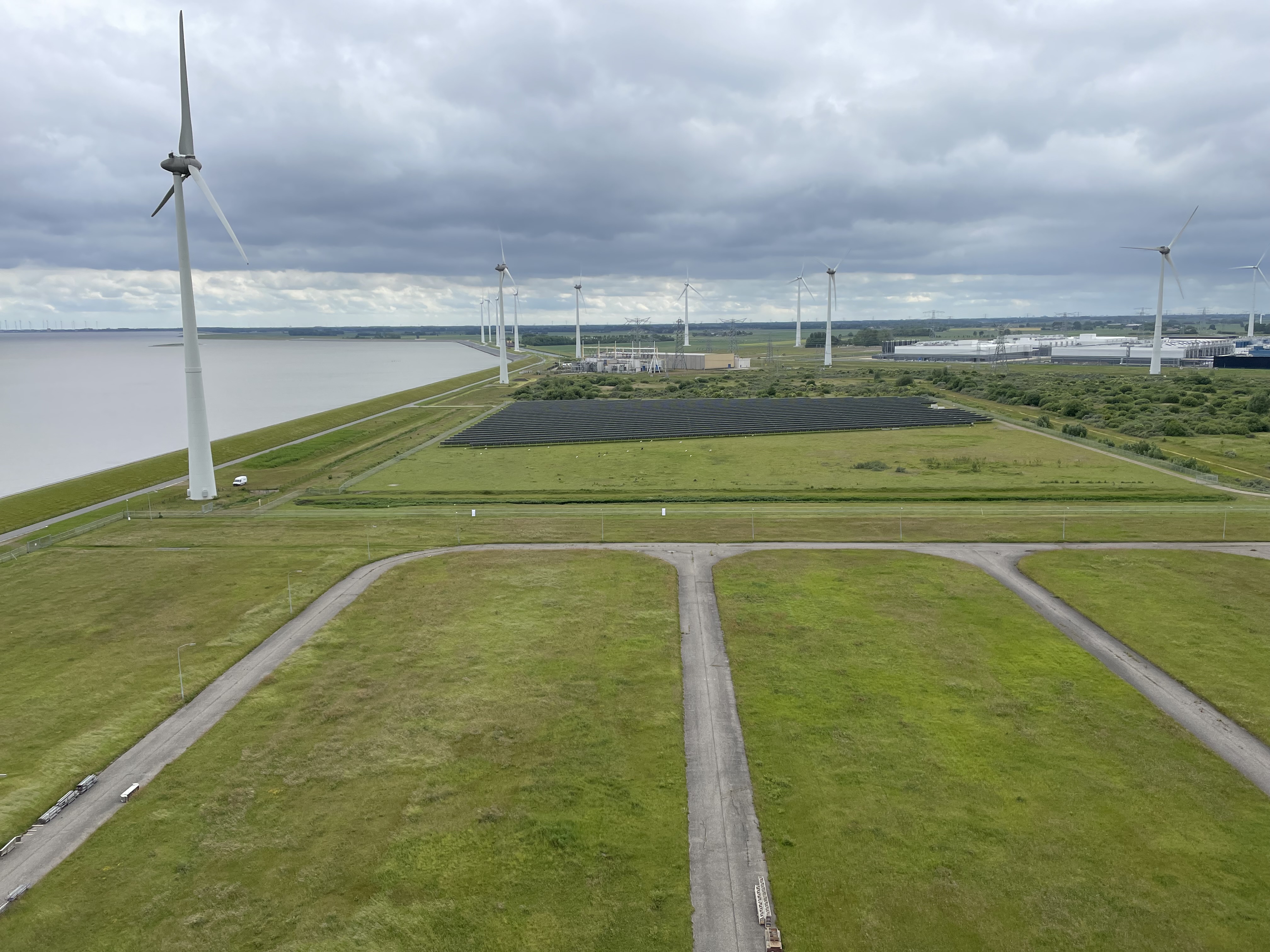 New partnership to enable e-methanol fuel production
Client ENGIE partnered with OCI, Europe’s largest methanol producer, and EEW, a leading company in the production of electricity and heat from the thermal recovery of waste, in May 2022. The partnership will enable the production of e-methanol by combining renewable hydrogen and biogenic CO₂. The e-methanol will initially be used in maritime applications. Both hydrogen and e-methanol are sustainable, high-performance energy sources, whose large-scale distribution throughout the Netherlands and Europe is expected to contribute dramatically to reducing greenhouse gas emissions.

Growing the hydrogen economy
HyNetherlands is among the first renewable energy value chains of this magnitude to be developed in Europe. The hydrogen will contribute to decarbonizing the mobility sector, such as buses, trucks and trains. For example, hydrogen fuel cells will replace diesel in the northern Netherlands’ passenger rail network. By 2030, the energy is earmarked for wider use, including steel production and the chemical industry.

Producing and storing green hydrogen
The site will derive electricity for hydrogen production from nearby renewable power sources such as offshore wind. The commercial operation date (COD) of the first 100 MW is planned for 2025 and HyNetherlands is expected to be scaled up to GW capacity by the early 2030s. Plans are in place to store energy for use when renewable sources like wind are not producing sufficient electricity: hydrogen can be stored in the grid or in salt caverns in Zuidwending, Groningen. 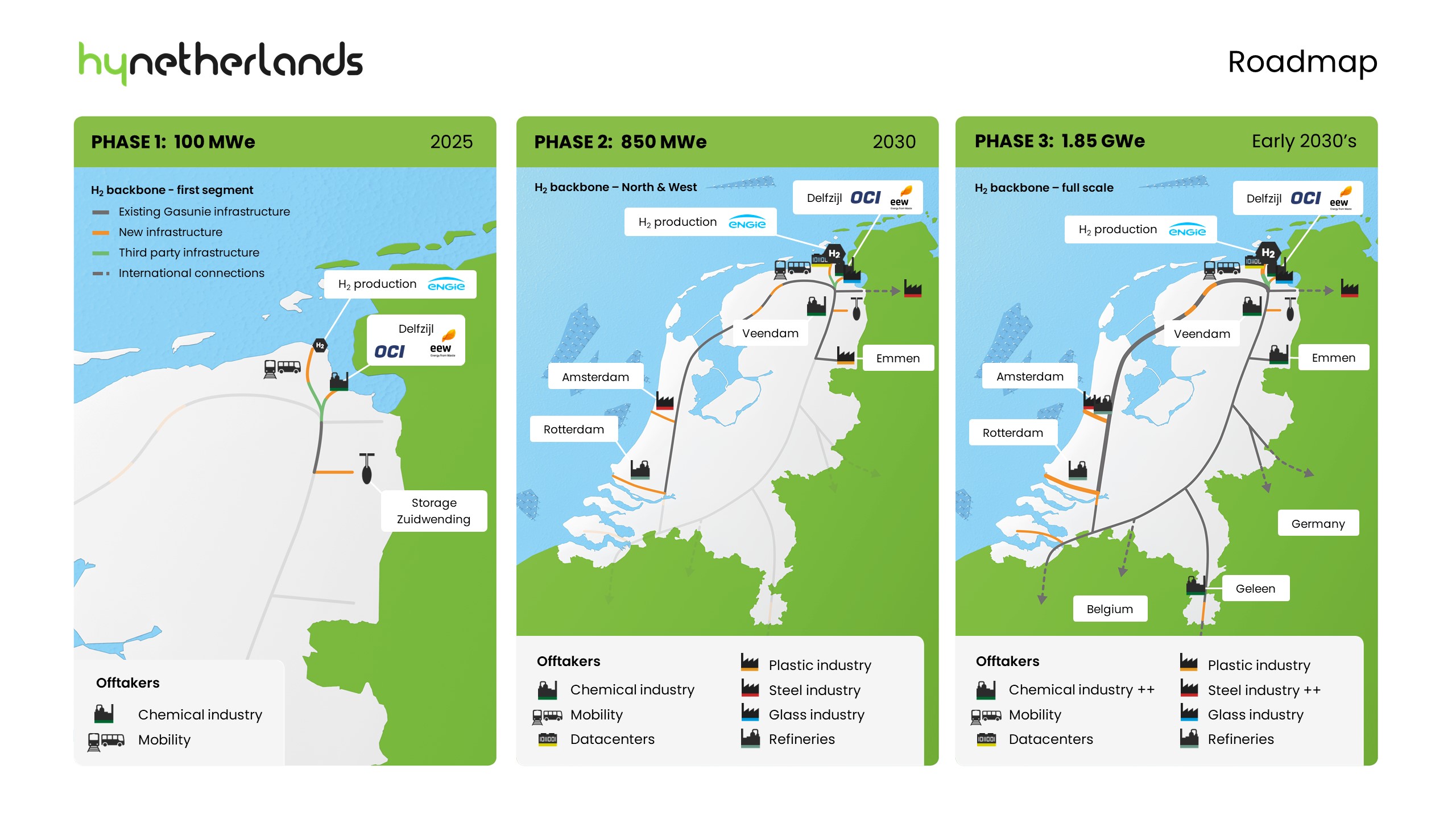 “Our team is proud to be a part of such an innovative, impactful project. Harnessing energy from green hydrogen on a GW-scale can significantly reduce emissions in the maritime, transport and industrial sectors. Projects like HyNetherlands are the future, as they are key to reaching global decarbonization targets.” 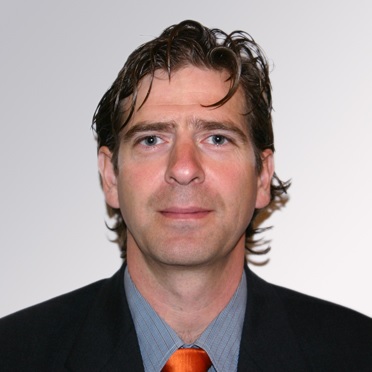 Find out more about the HyNetherlands project

What better way to...

One day in the life of Thomas Antheunis, site engineer

The site engineer is a real conductor who has a say in all aspects of a construction site: schedules, budgets, team management, compliance with standards, etc.Let's...

A day in the life of Said, BIM Design Engineer in Transport Infrastructure

To attract the best BIM talents, the Transport Infrastructure team looks beyond Belgium's borders. Said tells us with passion how an international BIM engineer can make a...

Soon more fish will again be swimming in the Leie river. Thanks to the new fish passage and the renovation of the weir building in Sint-Baafs-Vijve, co-designed by our...

Find out more
Want to know more about the Tractebel universe?
Get in touch!